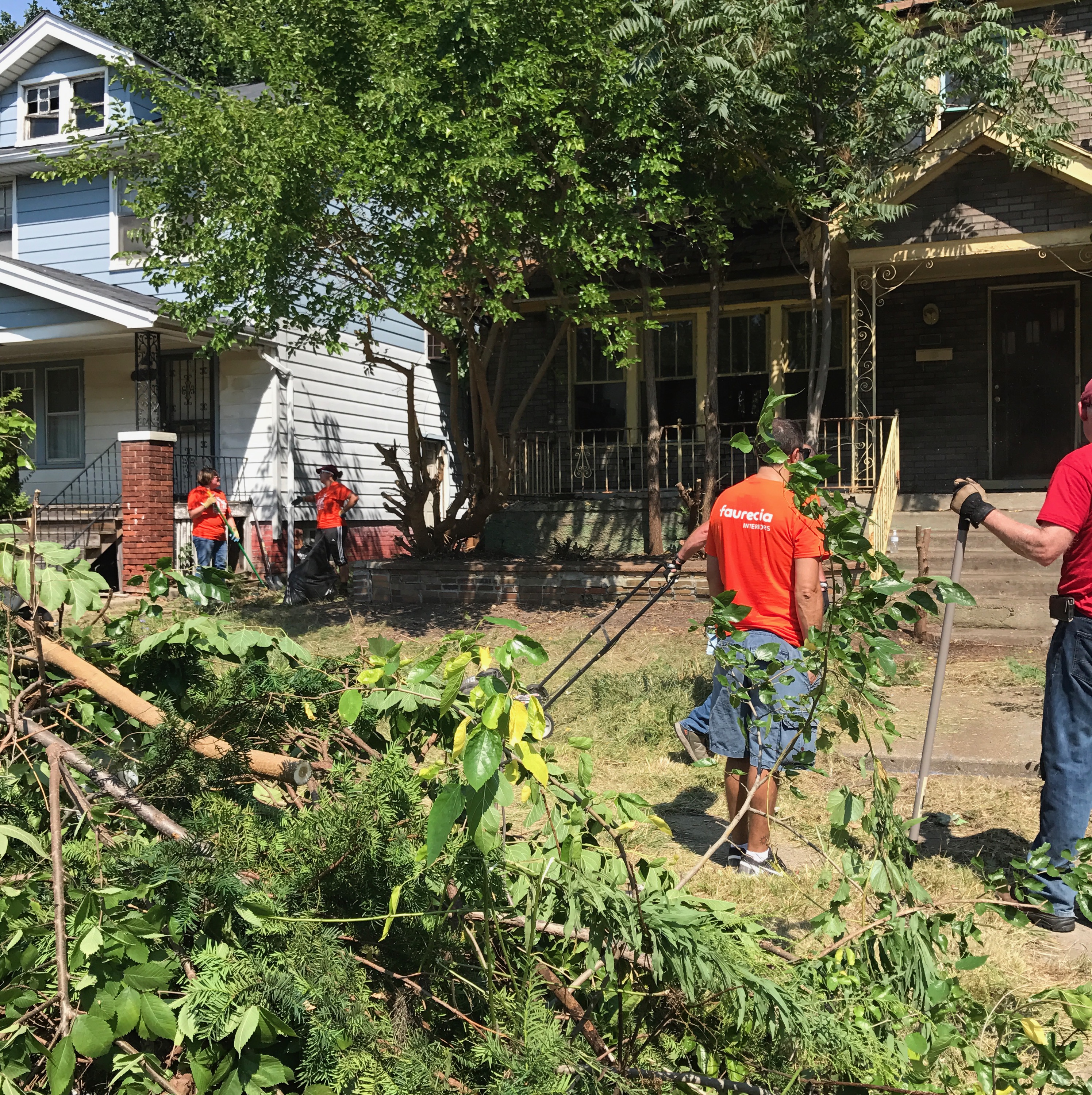 Posted at 15:58h in News by Detroit Historical Society
Share

The work has already started, but the trick will be maintaining the momentum. As August began, 12,000 volunteers have been cleaning up 300 city blocks and boarding up 300 vacant homes near Central High School. The Ann Arbor News reported on the work, as neighbors joined volunteers.

On August 2, 43 employees from the Southfield office of Faurecia pitched in with Life Remodeled. They picked up trash, trimmed bushes and pulled weeds. They focused on abandoned homes, leaving those who live among them thankful for the help. 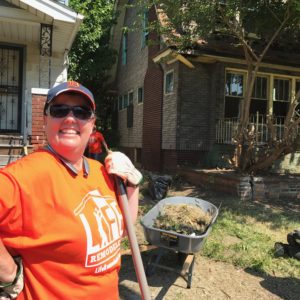 Katie Roco is a design and development manager for Faurecia Interior Systems, North America. She experienced picking up a tool and pitching in, along with the rest of her teammates.

“For us, it gave us a sense of satisfaction that hard work pays off, that giving back to our community will help to promote success of the neighborhood and city of Detroit, that people are important, and that everyone should have a safe place to live,” she says.

This momentum must be seized and cultivated. A panel put together by the Detroit Economic Club revisited the unrest of 1967, recently discussed where we have been and where we are going. La June Montgomery Tabron, president and CEO of the W. K. Kellogg Foundation, was one of panelists and lived on the city’s east side in 1967.

“She cited the deterioration of public education in the city and the destruction of black-owned small businesses, many destroyed by urban renewal, flight to suburbia, or economic hardship in the decades after the civil unrest that left dozens dead in July 1967. She noted that only about half of adult Detroiters now either work or look for work — the lowest percentage of labor-force participation of any big city.”

The panel – which included Tim Ryan, U.S. chairman and senior partner at PwC, Wright Lassiter III, president and CEO of Henry Ford Health System, and moderator Ron Fournier, publisher and editor of Crain’s Detroit Business – concluded their discussion by recommending more support for public education and for small neighborhood businesses. Ryan suggested open-ended discussions about race need to take place all the time, not just one day a year or when the need may arise in response to a local or national issue. Tabron included a qualified warning.

“Failing greater progress, cities like Detroit that may think they’re looking at 1967 only through the rear-view mirror may find themselves facing even more tragic events ahead. ‘I don’t think we have the luxury to fail twice in this effort,’ Tabron said. ‘Coming back means coming back in every neighborhood and every family and every child in the city of Detroit.’”