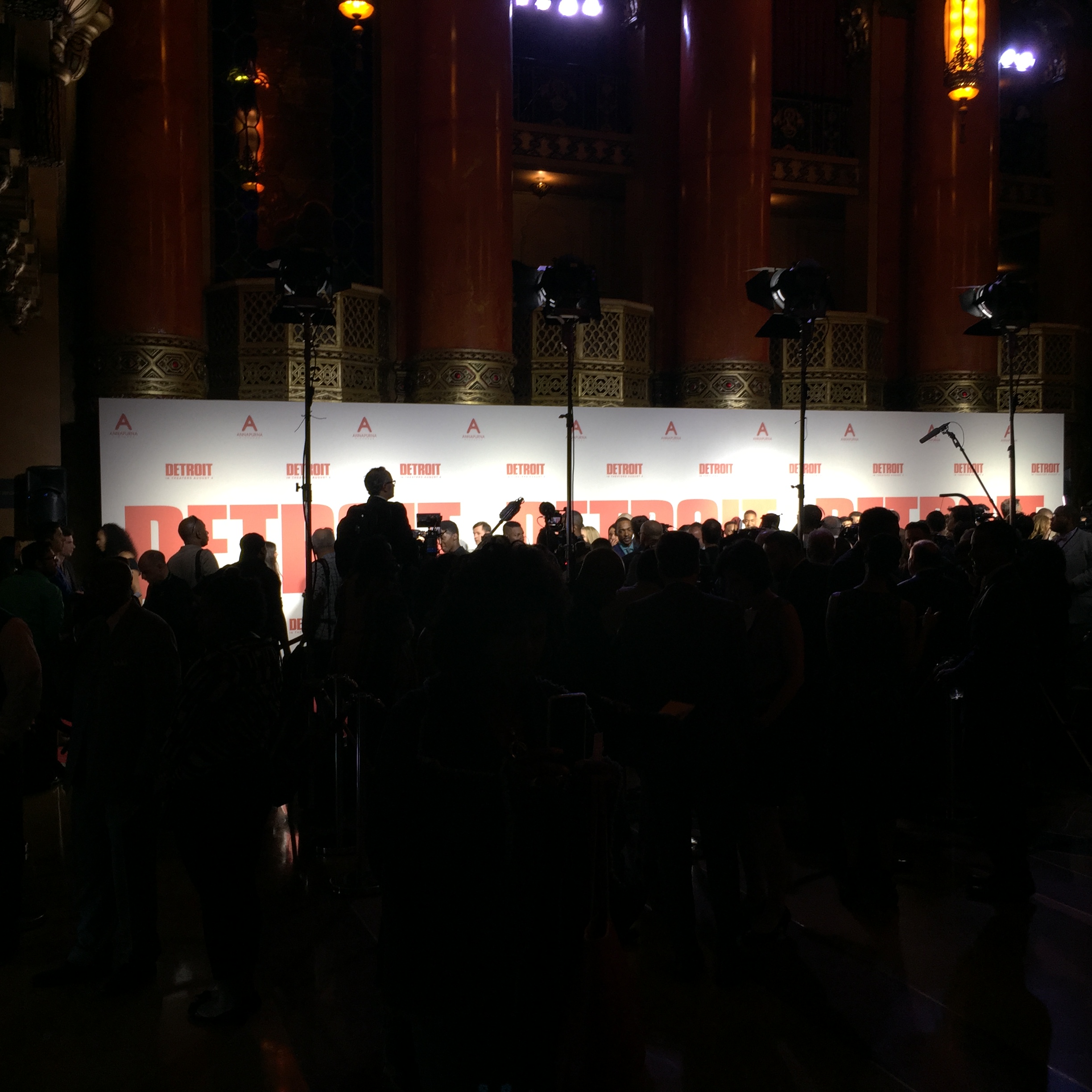 Hollywood came to Motown on Monday night for the world premiere of director Kathryn Bigelow’s Detroit. The Detroit Free Press has the emotional response to the riveting depiction of the killing of three African-American men at the Algiers Motel, a pivotal incident during the events known then as the ‘67 Riots.

Detroit Free Press – For some moviegoers, “Detroit” stirred painful memories, left them in tears and raised questions about the city’s past — and about the film’s historical accuracy.

The movie, which portrays the 1967 police killings of three men at the Algiers Motel as part of the Detroit riot, was too violent for Gail Perry-Mason, 54, of Detroit. She left midway through Tuesday night’s world premiere at the Fox Theatre.

“I had to leave out,” she said, standing in the lobby holding a tissue. “I just came out here and bawled. What happened in 1967, and what happens today, it’s real …

“I’m the mother of three African-American boys. Those could be my sons.”

She also said: “All police officers aren’t bad, and all people aren’t racist. But the few that are just bring so much negativity to the world.”

“The truth has been finally told,” she said. “It was oppression that started the rebellion, and turned into a riot. … The truth is finally being told 50 years later, and I’m glad about it. … I would like every police officer in the world to see it.”