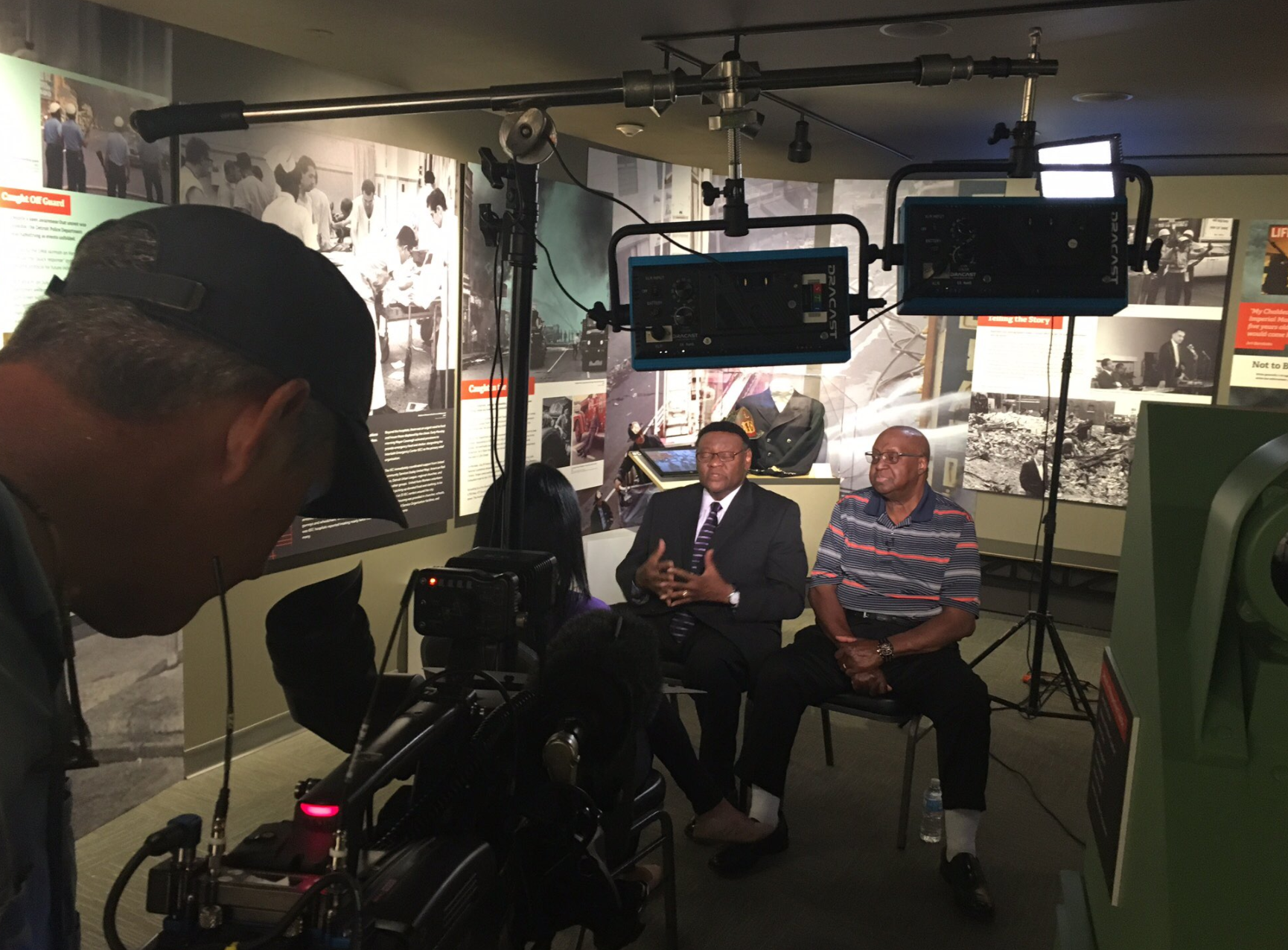 Posted at 11:34h in News by Detroit Historical Society
Share

Detroit 67 Project Director Marlowe Stoudamire was featured in Sunday’s CBS News special report on the 50-year anniversary of the long hot summer of 1967 in Detroit. See the story and why Detroit is a bellwether for American cities in 1967 and today.

The Detroit Historical Society and its groundbreaking exhibit, Perspectives, is also the backdrop for CBS’s interview with retired police officer and former Detroit Deputy Mayor Ike McKinnon. With the anniversary one week from today, the Detroit 67 Project is taking the national spotlight and helping to use our history to help the city and region move forward.

Over the next week, the Detroit 67 Project will continue its convening role, bringing together business leaders, our community and civic leaders to create a shared path forward for the next 50 years.