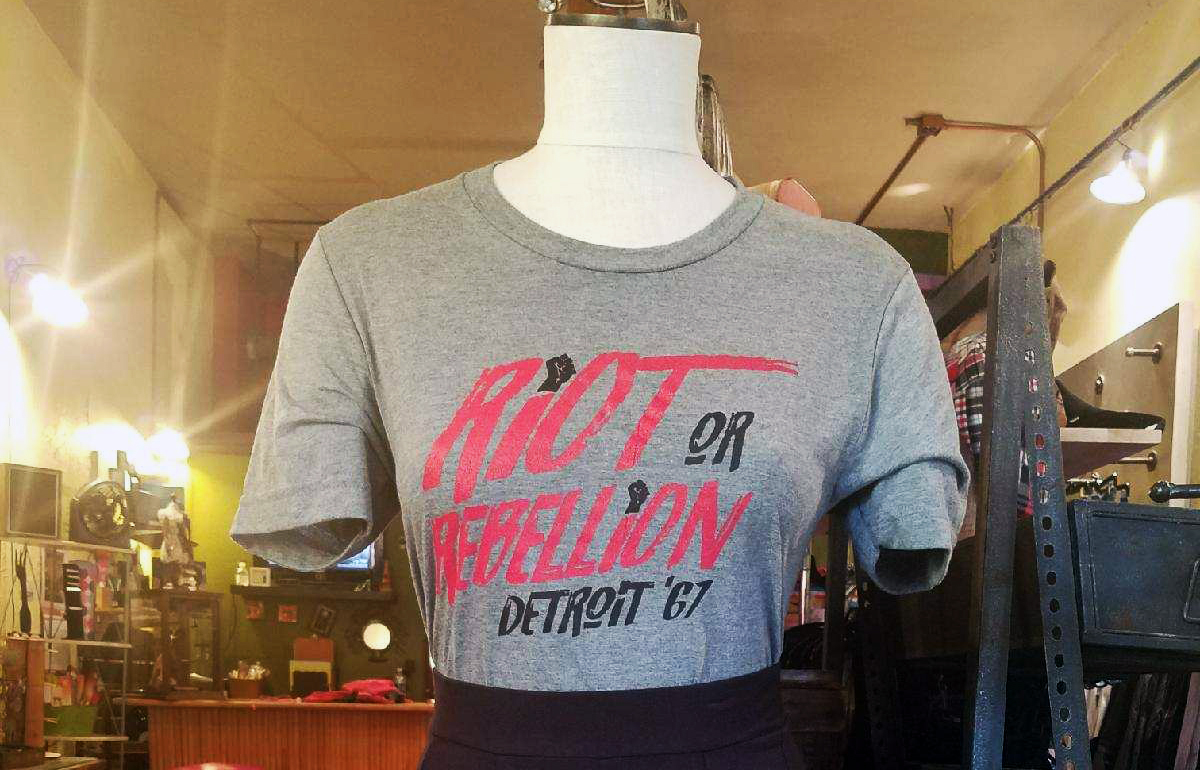 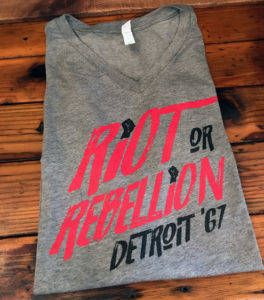 Pamela Taylor was five years old, living in the 12th and Clairmount area of Detroit in 1967. She vividly remembers the tanks and smoke that hot July. She also has a good friend who is a professor at Wayne State. Over the past couple of years, her friends’ colleagues

have been devoting time recognizing the events she lived so long ago. The conversations were interesting.

“Riot is always heard,” she says, “but not as much is heard about the rebellion.”

Discussions ensued and an idea was born. Even though she has a feeling there was both riot and rebellion in 1967, she wondered what others thought. So she found a way to get the conversation started.

A driver’s education teacher by day, Taylor took some spare time to create a t-shirt that is blunt and to the point: riot or rebellion? Currently sold at Flo, a boutique in Midtown, the shirt is a walking billboard meant to spark discussions.

“I want to raise awareness of the incidents,” she says. She would like friends to talk to friends. Neighbors to talk to neighbors. No one has to come to a complete agreement. Just discuss what you think and open your mind. “I’m very motivated to keep the dialogue going.”

Taylor says that she often remembers Martin Luther King’s quote, “A riot is the language of the unheard.” With her efforts, more voices maybe heard and new things learned.