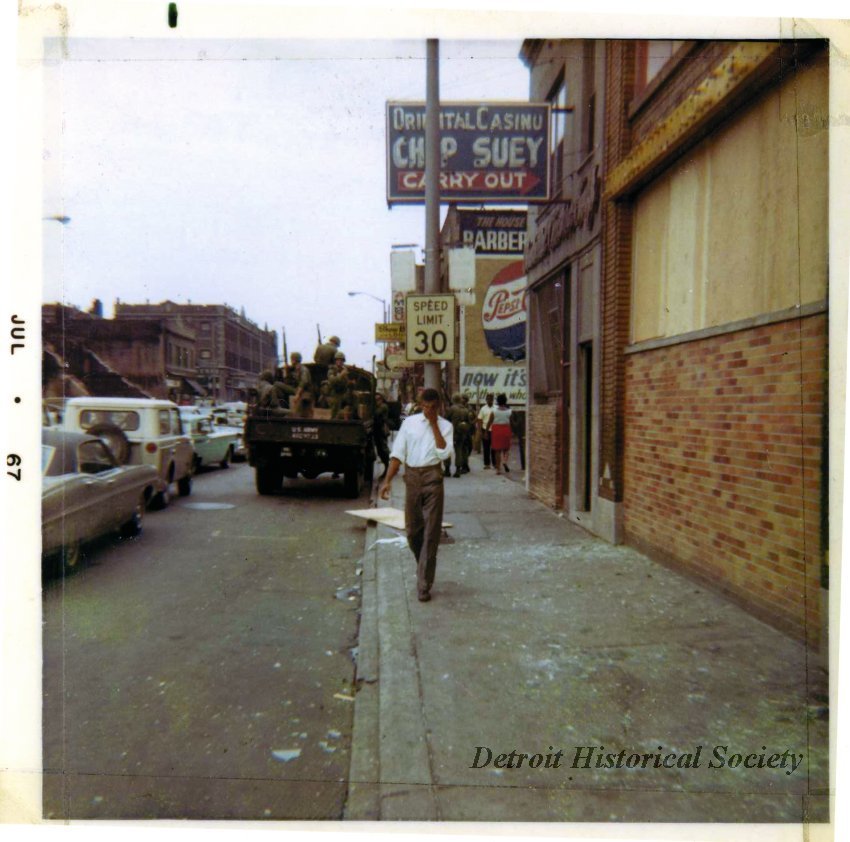 Posted at 16:00h in News by Detroit Historical Society
Share

April Moss of CW50’s Street Beat sat down with members from the Detroit Historical Museum, the Charles H. Wright Museum and Matrix Theatre in an episode that aired June 16, 2017.

Kalisha Davis, Director of Community Outreach and Engagement, and Billy Winkel, Curatorial Assistant from the Detroit Historical Society, explained what Detroit 67 will present to the public, and Charles Ferrell, the Director of Public Programs from The Wright Museum, discussed his projects that are also connected to this summer’s events.

But check out director David Wolber of the Matrix Theatre at the 18:28 mark. His play The Dream Deferred-Detroit opened at the Matrix Theatre and will run through July 9. Five actors portray 36 people and relive the personal accounts of July 1967. From Governor Romney, to Ike McKinnon to people in the neighborhoods, Wolber says these character developments will bring those 50 year-old events to life.