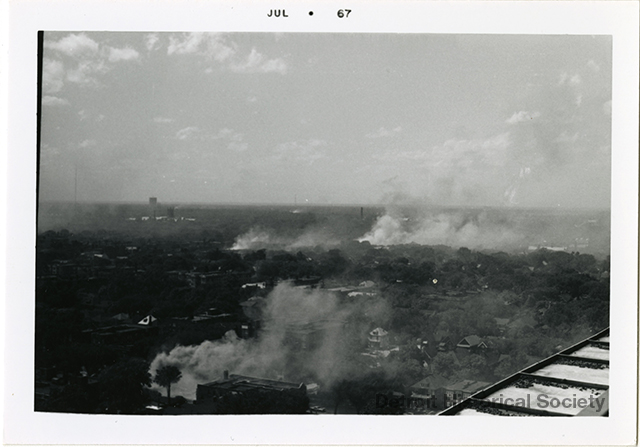 Posted at 10:00h in News by Detroit Historical Society
Share

We’ve all been at a loss for words at times, and 50 years later, some of us still are. In his July 5, 2017 article entitled “Riot or rebellion? The debate on what to call Detroit ’67,” Bill McGraw of The Detroit Free Press starts out with standard dictionary definitions for the words riot and rebellion, but it isn’t always easy to choose.

“For the past half-century, the violence that summer in Detroit has most commonly been referred to as a riot, as were most of the civil disturbances that broke out in cities across the U.S. in the 1960s.

But critics of that label say it is too superficial. Riot describes the violence but sells short the built-up anger and long-simmering resentment over police brutality, racial discrimination and social injustice that blacks had endured for years in Detroit.” 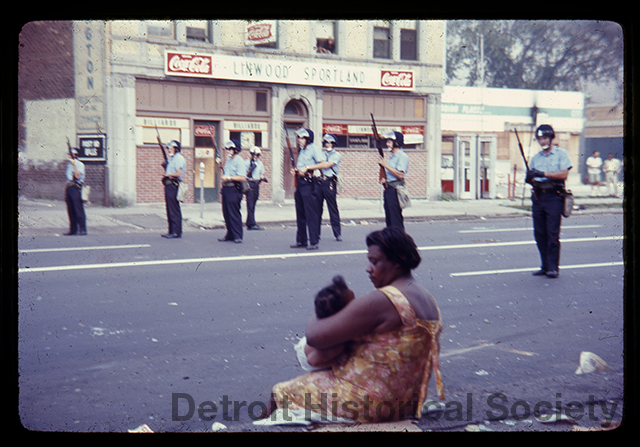 The Detroit Historical Museum and local media are shying away from the word “riot.” Mayor Duggan avoided the use of the word while speaking at the Mackinac Policy Conference in May. The Charles Wright Museum has taken a bolder step.

“The Wright Museum is not mincing words. Its exhibit will declare what happened in 1967 was a “rebellion,” pure and simple, and will tell visitors why.

‘We kept hearing and seeing this term — riot — and it became clear to us that that was an issue we needed to clarify as a historical museum,’ said Charles Ferrell, the museum’s vice president of public programming.”

“The complexities of the semantic debate and metro Detroit’s racial politics are demanding for longtime residents. Imagine if you are a newcomer. The Detroit Institute of Arts is preparing to open an exhibit titled Art of Rebellion: Black Art of the Civil Rights Movement. In its publicity material, the DIA says the exhibit is part of the ‘commemoration of the 1967 Detroit rebellion.’

DIA Director Salvador Salort-Pons, a native of Madrid, Spain, who came to Detroit in 2008, said he is still absorbing the discussion about what happened in 1967.