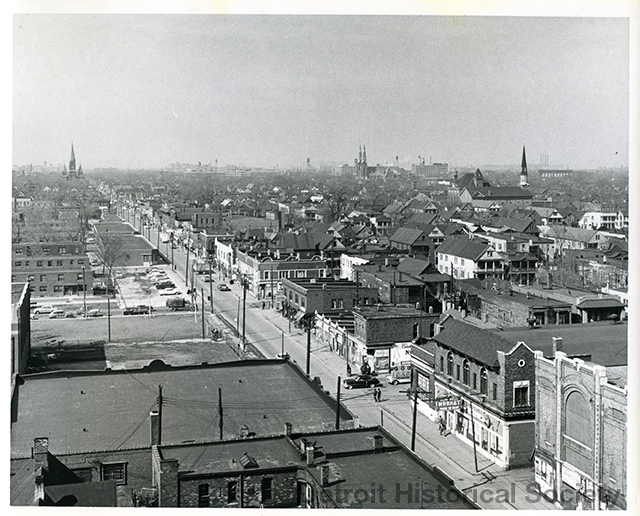 Posted at 10:00h in contributor by DHS Contributor
Share

In his June 18, 2017 article “Hasting Street Blues” in Crain’s Detroit Business, Kirk Pinho notes that Detroit didn’t come up after it lost the African-American enclaves of Paradise Valley and Black Bottom to FDR’s Urban Renewal. Instead it led to the destruction of homes and livelihoods, and eventually the city itself.

Joe Von Battle’s record shop was a victim of urban renewal and a few years after it moved from its Hastings Street storefront to 12th Street, it was a victim of the riots. His daughter, Marsha Battle Philpot, also known as Marsha Music, lived through the destruction.

“My father tried to protect his shop, Marsha said, but after the first day of violence, the police cleared business owners out.

‘He never shook the feeling that by halting his efforts to protect his store, they had guaranteed its destruction,’ she wrote in an essay, ‘Joe’s Record Shop,’ in Detroit ’67: Origins, Impacts, Legacies.”

Pinho describes how the Urban Renewal efforts set forth by the Roosevelt Administration may have been meant to create a Model City, but instead, they led to a disruption in the lives of thousands. The African-American enclaves of Paradise Valley and Black Bottom were razed. Black Bottom gave way to Mies van der Rohe’s historic Lafayette Park; Paradise Valley was paved over for I-75. 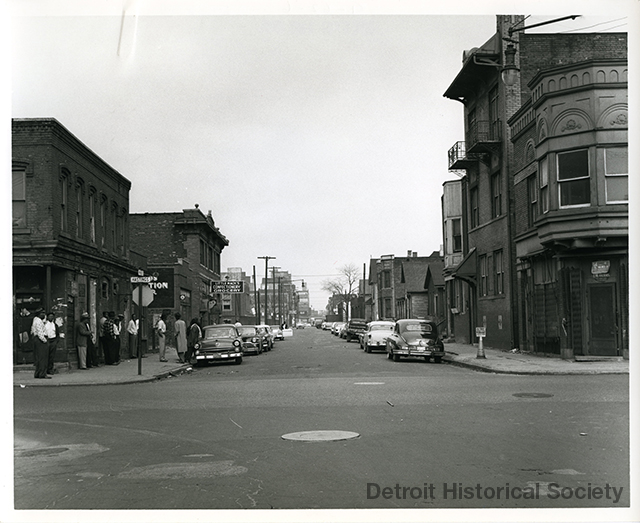 “[Detroit historian Ken] Coleman said after Hastings Street, the main business artery, was demolished, much of the illegal activity — drug dealing and prostitution, for example — moved to the 12th Street area.

‘A lot of people will tell you that 12th Street became the new Hastings,’ he said. ‘With vice and drugs and illicit behavior comes a lot of police presence, and that ended up building tension between the police and the neighborhood’.”