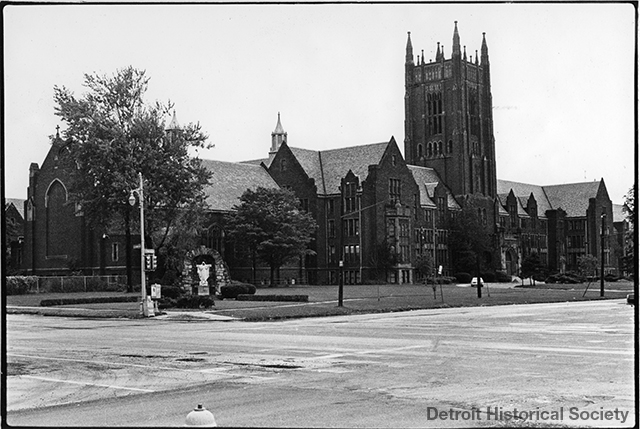 Posted at 15:00h in contributor by DHS Contributor
Share

Donald Archambault was a childhood priest of WXYZ’s Carolyn Clifford, but when he was at Sacred Heart Seminary in the late 1960s, he and others chose integration over isolation while studying for the priesthood. Instead of living in the seminary, he and others lived with local African-American families to understand the community better. He told Clifford how his life was changed on July 23, 1967.

“Father Don was living with a black family near Mack and Fairview,” Clifford reports. The National Guard chased looters down the alley behind the house and fired tracer bullets through the porch. He was not fearful, but he knew there was trouble.

“We had put the family we were staying with in grave danger, because there was a radical living in the apartment down the street who didn’t like whites staying in the neighborhood,” he says. Those dark days defined his calling for the rest of his life.