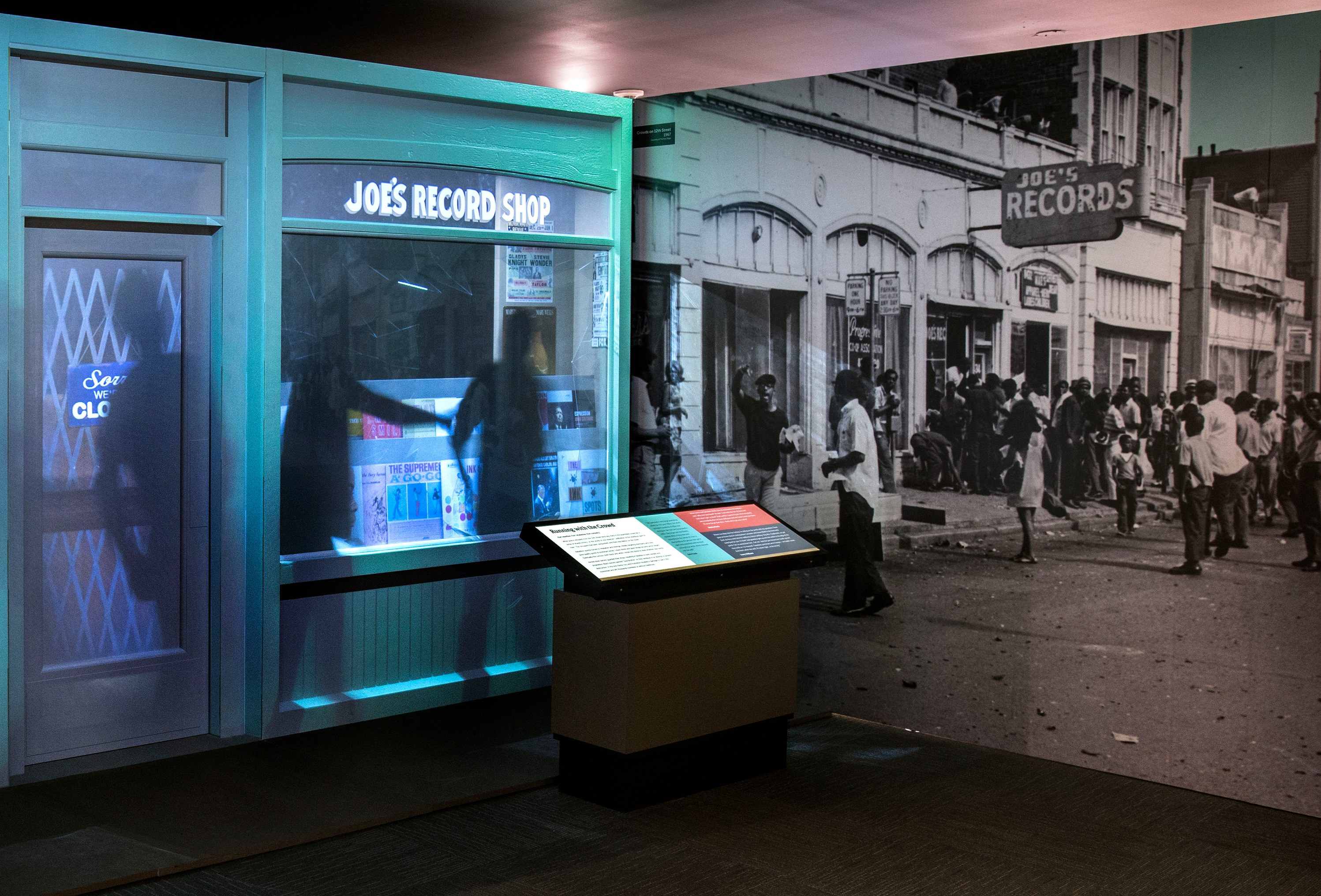 Posted at 09:00h in News by Detroit Historical Society
Share

This heart-stopping image is of the looting of my father’s record shop, on 12th between Philadelphia and Euclid. When Detroit 1967 Editor Joel Stone emailed it to me, I had to get myself together – I was literally breathless; my first time seeing an image of my father’s store, during the unrest.

I was unprepared for this scene; I had expected pandemonium. Folks stand in line, someone in the doorway; maybe even passing records out – not exactly mayhem.

My father was bereft when authorities forced him to leave from guarding his store; he knew that they would not protect the businesses. Could the incongruous orderliness have been out of respect? For him? For the music? Could it even be him in the door, a “soul brother” trying to keep peace?

Nevertheless, when it was all over, we went back inside; there was chaos and debris, caused likely by firefighting. I believe that his business was destroyed, not just by looters – but all that caused this calamity to be.