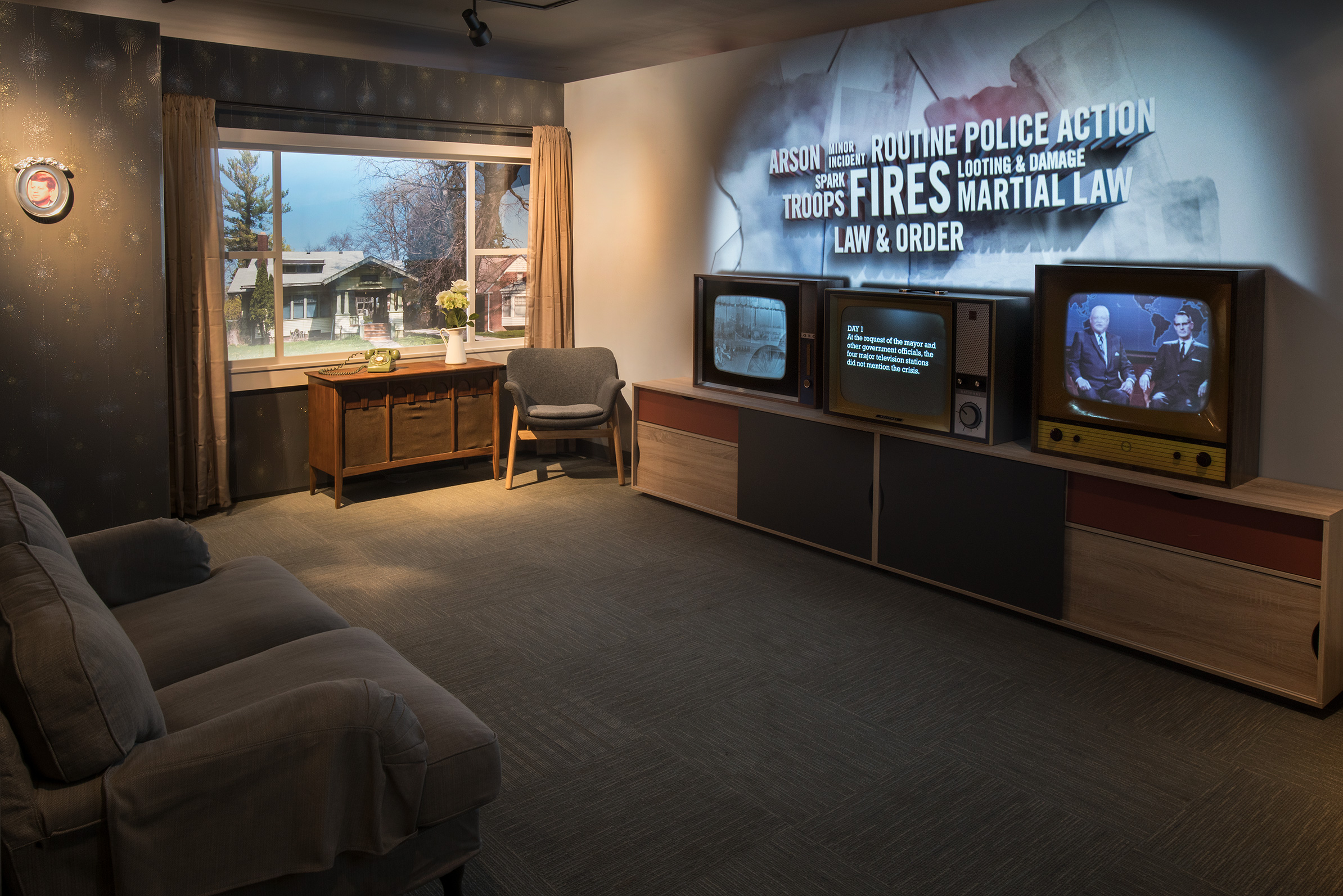 Posted at 10:00h in News by Detroit Historical Society
Share

Michael Jackman’s latest column in The Detroit Metro Times takes you into Detroit 67, this summer’s biggest event in Detroit.

“So as we head into a summer that looks to be chock-full of recollections of our city’s deadliest incident of ‘public disorder,’ it’s important to ask: How do you take a tumultuous flashpoint in Detroit’s history and present it for discussion when there are such widely different takes on it? As in: You can’t even get most people to agree on what to call it?”

Jackman moves from room to room, giving visceral descriptions and allowing readers to get a full feel for the exhibit. After his journey is complete, he introduces his audience to Marlowe Stoudamire, the man behind the mission to bring the city not only back to 1967 but move everyone through the past 50 years and forward into the next 50.

“Much of the credit for the exhibit is due to Marlowe Stoudamire, born and raised on the east side of Detroit, a Cass Tech grad who went on to become chief of staff at Skillman. As director of the 67 project, he has been at the center of its creation for five years, working with community, internal staff, funders, corporate partners, and board members to create something that would resonate with as many people as possible – and avoid stepping on any of the topic’s many land mines.”

“It’s not about celebration or commemoration, Stoudamire says, but our duty to recognize what happened here.

‘It’s an opportunity for us to come together and get a baseline understanding of our collective history and let multiple voices and perspectives tell what really happened here,’ he says. ‘We’re not commemorating or celebrating anything. But you have to acknowledge the fact that it’s been 50 years, and this is a critical, pivotal opportunity, as well as a responsibility’.”