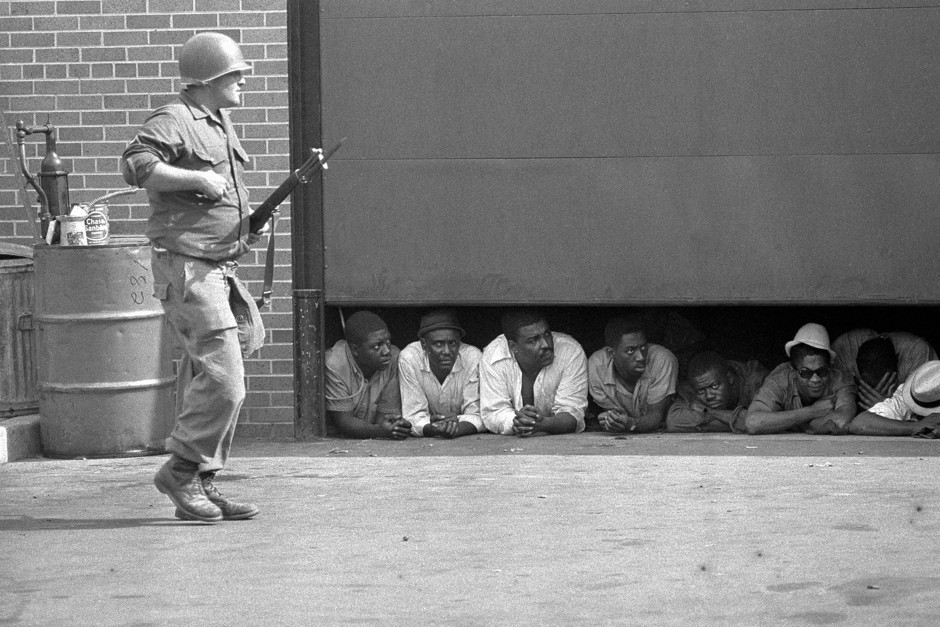 Posted at 14:45h in News by Detroit Historical Society
Share

Citylab, a publication dedicated to those building America’s future cities, examines Detroit’s future on the 50-year anniversary of Detroit’s 1967 uprising. In examining the language used to describe the events of July 1967 in Detroit, Citylab reports…

Metro Detroiters fall into two camps based on the phrase they use to refer to the events that transpired in Detroit during the summer of 1967. Many, including most past and contemporary national media sources, call it a “riot,” invoking images of looting and violence. Others, including a large section of locals, call it a “rebellion,” referencing the social and political unrest that had been brewing long before the those nights in July.

The new exhibit at the Detroit Historical Museum chooses neither side of the linguistic divide. Instead, curators of the show “Detroit ’67, Perspectives” scoured the historical record to compile a combination of primary sources and present-day retellings. The approach underscores their attempts to put as many viewpoints as possible on the same plane and provoke conversations among viewers.”

The exhibit, which opened to critical acclaim on June 24, 2017 will run for two years as part of Detroit 67: Looking Back to Move Forward.

As the exhibit examines the past, it also participates in a series of multi-year programming called Looking Back to Move Forward. In partnership with the Boggs Center, the Charles H. Wright Museum of African American History, Wayne State University, and others, the programming contends with the city’s complicated race relations through film screenings, bus tours, a speaker series, and more, at sites across the city—from the disturbance’s memorial sites to St. Paul’s Church. In an online oral and written archive, Detroiters contextualize the events and their effect on the present-day city.